Researchers studied 1700 disturbed preschoolers, including 680 preschoolers on the autism spectrum, all of whom were treated right in their own classrooms with this well-tested therapy. Videotapes of sessions studied for a school year show observable clinical progress among most of the children. Third-party researchers in eight programs administered IQ tests to 79 of the children, including 31 who were on the autism spectrum, at the beginning of treatment and again a year later. All but one of the 79 twice-tested children showed IQ gains, with an average gain of 24 points per the eight reporting projects.

The projects were of varying sizes. The average child had an IQ gain of 15 points with some showing huge gains and high achievements (untestable in one case becoming full scale IQ of 80, then 149, another case starting with a 40 IQ and having a similar rise of IQ and achievements). Some of the highest gains were among the 31 autism spectrum patients. The data have been subjected to comparisons with other methods, as well as to controlled studies. The outcomes were of high statistical significance.

Dr. Gilbert Kliman, the method’s principal author, presented this data on Reflective Network Therapy’s multi-site program in June at the American Psychoanalytic Association meeting in Chicago. He was awarded a prize for leadership in treatment of autistic and other preschoolers in May by the Parisian Psychoanalytic Society and the American College of Psychoanalysts. Listen to his March 8, 2020 podcast IQ Rise with Reflective Network Therapy, interviewed by Harvey Schwartz, M.D., The International Psychoanalytical Association. 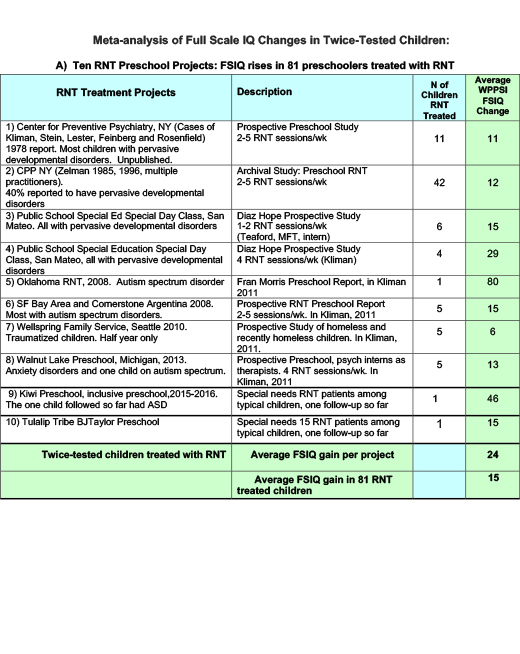 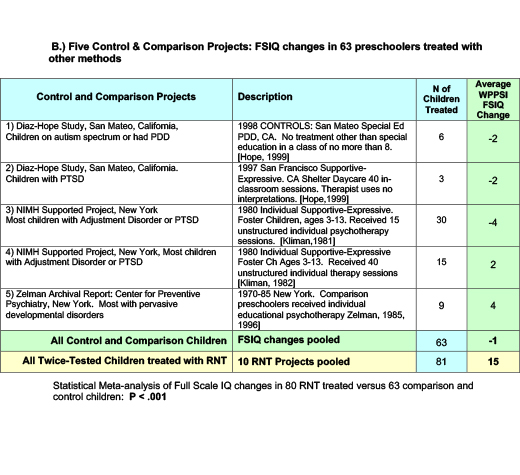 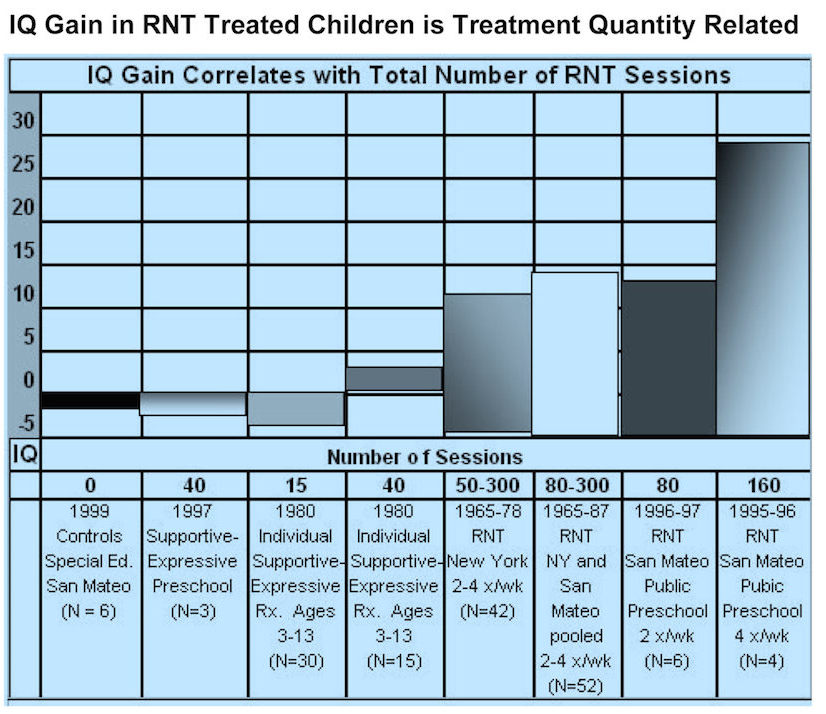