Surprising finding about a unique treatment of autism spectrum disorder

Researchers have reported a surprising finding about a unique treatment of autism spectrum disorder: a large and reliable IQ rise. Almost every treated child, regardless of diagnosis, showed significant increases in IQ, along with improved social interaction, more positive behavior, and improved communication skills. These were the 2014 findings of a 49-year-long, multi-site study reported on at the American Psychoanalytic Association in Chicago. Investigators were led by Gilbert Kliman, M.D. of The Children’s Psychological Health Center in Santa Rosa and San Francisco.

“The treatment, called Reflective Network Therapy, (RNT) focuses on one child at a time,” said Dr. Kliman, “as it harnesses small social networks in the classroom, composed of parents, teachers, an in-classroom therapist and peers. It provides intensive interpersonal exercises within the child’s own preschool class on hundreds of occasions during the course of a school year.” Videos of treatments were used to illustrate results during the Chicago meeting.

“The method costs about one sixth that of the most commonly used treatment,” said Dr. Kliman, “and could save public special education systems, parents and insurers millions of dollars for every ten children receiving the treatment. Unlike most approaches to serious early childhood disorders, RNT has a how-to-do-it manual, training videos, and some very long-term follow-ups. It is easily replicated and ready for widespread use in public and private special education settings.”

The work included treatment of 1700 of disturbed preschoolers. Among them were 680 preschoolers on the autism spectrum. All were treated right in their own classrooms with this well-tested therapy. Videotapes of sessions studied for a school year show observable clinical progress among most of the children. Third-party researchers in eight programs administered IQ tests to 79 of the children, including 31 who were on the autism spectrum, at the beginning of treatment and again a year later. All but one of the 79 twice-tested children showed IQ gains, with an average gain of 24 points. Some of the highest gains were among the 31 autism spectrum patients. The data have been subjected to comparisons with other methods, as well as to controlled studies. The outcomes were of high statistical significance.

Dr. Kliman, the method’s principal author, presented this data on Reflective Network Therapy’s multi-site program in June at the American Psychoanalytic Association meeting in Chicago. He was awarded a prize for leadership in treatment of autistic and other preschoolers in May by the Parisian Psychoanalytic Society and the American College of Psychoanalysts. Dr. Alexandra Harrison presented findings at the World Association of Infant Mental Health in Edinburgh

Autism and related developmental disorders are increasing. This treatment gives powerful help to these children, their families, and the budgets of their schools, says Bay Area special education administrator Jay Parnes. It is being praised in professional publications about autism and education. 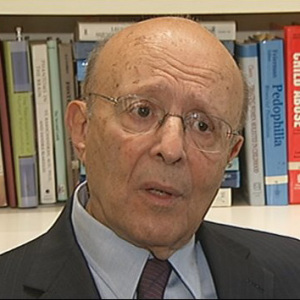 The Children’s Psychological Health Center, Inc. in San Francisco and Santa Rosa provides training in the use of RNT therapy in public and private preschool classrooms around the world and is planning its own therapeutic preschool in Santa Rosa, California.